Test data management is a popular way to address the challenges of putting systems through their paces without using real-world data. You may wonder, though, what projects will benefit from the help of a test data management service provider. Here are four of the most common projects that employ TDM.

One of the biggest reasons to substitute realistic fake data for real data is security. If you're testing an online banking portal, for example, you probably aren't in a position to utilize the real-world users' data from your system. You're not going to play around with legitimate accounts or even clones of them. No one in their right mind would risk exposing real data from a secure transactional environment through tests of an unproven system so making facsimiles is probably the best option.

Even if you're in a position to safely use real data, there are some scenarios where you want to avoid it for testing-centered reasons. If you're working with a statistically driven system for something like stock market analytics, for example, there's a risk that using the real-world data could lead to models that are overly fitted to the data. When you then perform test runs with the real data, there's a risk that you'll get solid matches not because the system is good but because it already knows the answers to the questions.

Sometimes the database you have just doesn't have enough entries to get the job done. If you're more worried about precision than accuracy, though, a test data management service company can create several datasets from what you have on hand. This will allow you to grow the test set to a size sufficient for bigger projects.

For example, suppose a startup company wants to test how its mobile app will hold up to the first holiday sales rush. The company doesn't have a ton of customers now, but its projections indicate demand will be several orders of magnitude bigger by November. Rather than dummying data into the system, TDM allows them to create realistic facsimile data for running bigger tests.

If you have extremely sensitive data that can't be exposed to third parties for regulatory reasons, test data management may offer a way to conduct penetration testing without endangering the data. You can set up a target server, for example, with the test data and let skilled penetration testers go wild viewing, editing, and even deleting entries if they break in. 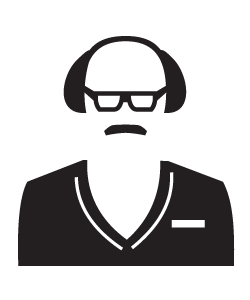